When Sebastian and I were in our twenties, we built a boat. It was a Glen L 14: a 14-foot wood and Fiberglas blue sailboat with shiny varnished seats and bright, white sails.

Sebastian had introduced me to sailing early in our relationship. His dad, a violinist at the Maracaibo Symphony Orchestra, had fallen in love with sailing and had built his own boat–El Cle. Sebastian, the second of four children, was the only one to follow in his dad’s footsteps. He loved the water, was an avid swimmer and had obsessive knowledge about ships, especially the cargo ships that sailed up and down Lake Maracaibo all year-round. Sebastian learned how to sail in El Cle, and the sailboat became his passion, only second to his love for music and his drums.

A few years later, as a young couple living in Vancouver, Canada, we came to the conclusion we needed to build our own boat if we wanted to save our lives. We were two immigrant kids, living on our own in a big city thousands of miles away from our families. I worked at a bagel restaurant; Sebastian did the graveyard cleaning shift at an organic supermarket in the west end of Vancouver.

It took us many months to choose the boat that we were going to build. We had read every single book by Canadian-American sailing couple Lin and Larry Pardey, who had built their own beautiful 24-foot cutter Seraffyn and sailed her around the world. A few years later, they had built another cutter, a 29-footer they named Taleisin. Both of the designs the Pardeys chose were by Lyle Hess, a master of classic sailboat design. 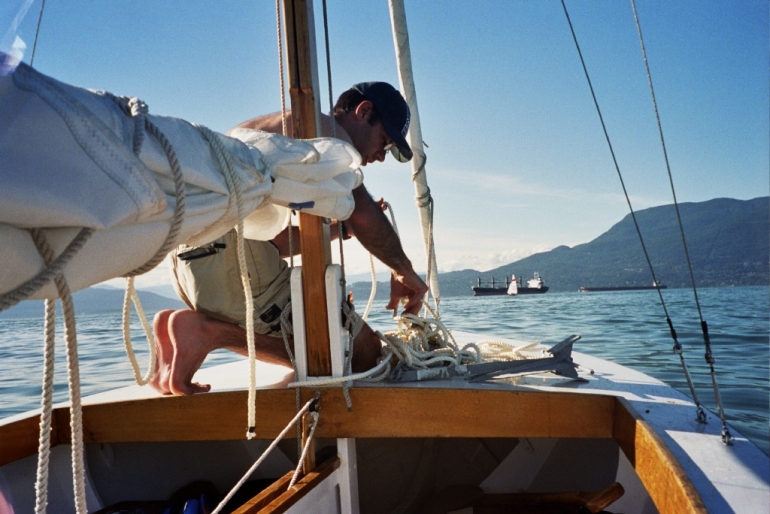 Lin and Larry Pardey were our heroes. We shared their love for classic wooden boats and their adventurous life, combined with their deeply sensible sailing philosophy. Neither Seraffyn nor Taleisin had a motor on board and their emphasis was always on safety, seamanship, and respect of the sea and the elements.  When Sebastian finally decided on the Glen L, we bought the blueprints and set to work in our small one-bedroom apartment in New Westminster. Over the summer of 1999, Sebastian built the frames on our first-floor balcony. Later, we rented a garage and built the rest of the boat over a rainy and bitterly cold winter. Weekends, weekday evenings, and the rare days off work were all dedicated to gluing, sanding, and painting our boat.

Late in the summer of 2000, we finally launched our boat at Jericho Beach, with the view of downtown Vancouver and the North Shore Mountains in the distance. For the next 10 years, we spent every summer weekend sailing in the gorgeous waters around English Bay, Jericho Beach, and Spanish Banks.

Looking back, I see that building the boat was an act of defiance. We were very young and absolutely ill-prepared for life. We had no clear career paths: I was a music student at the Conservatory of Music in Burnaby, and Sebastian was hoping to attend deckhand training at BCIT’s Pacific Marine Institute as soon as he learned enough English. For months after moving to Vancouver, we had no bed–we slept on a couch we had bought at the Salvation Army. In fact, one of the reasons it had been so difficult to choose a boat was that we had struggled with the decision of making a life in the city or simply building a large enough boat that we could then sail around the world. 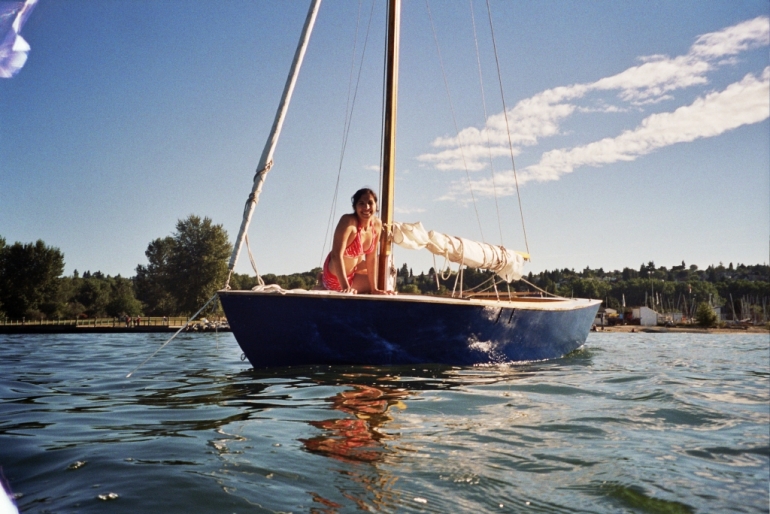 Eventually, we decided to stay and live in a city we had purposely picked on a map (it was Sebastian, really, who picked it) and break every rule we felt had been imposed on us growing up in Venezuela. We would honour our deep desires and dreams by giving each of our passions a shot. We would demonstrate to our families and friends that it was possible to follow strange and different paths and still be happy and, you know, live a worthy life. And even if we had tried, we would have never been able to fulfill the measures of a respectful life as it had been defined when we were growing up: study a serious career where you can make a lot of money, have a big house full of big furniture, have children, have the latest, biggest car, and talk about these things with your friends. Being an immigrant in far away, wealthy Canada added to the expectations.

The history of immigration is filled with stories of hardship and pride — our story is too. We worked every possible job, struggled to pay rent, felt alone and scared, and wondered if we would ever feel like we belonged again. We learned the language: Sebastian at school; me by reading everything that I could get my hands on, and then I went on to study at college and university and Sebastian to do his deckhand training and later become a journeyman cabinetmaker. We earned the pride we felt on Canada Day parades and on election days, the same way we earned the right to have an opinion and see our new country’s failings and be a part of how to correct them. Building that boat was the first step, though. It was an honouring of the opportunity that Vancouver and Canada presented to us to be free and to be the very best we could be, for ourselves, and for our new home.

On sunny days, the colour of the water at Jericho Beach is a deep green, and on late summer days, when a swell washes over the boat, the water is warm and welcoming.  It’s never particularly windy, especially for a heavier, wooden boat. The catamarans and dinghies speed by us, the sailors already wet from the water spray. Inside ours, it’s peaceful and calm enough to read a book, eat a snack, and talk, though the hours spent there were almost silent–unless we had guests, and we did have many over those 10 summers. Building and sailing our lovely boat gave us a sense of who we were and who we wanted to be, and as an immigrant, that’s all you crave for a long time. That’s how we learned that the things you love can save you.

When sailing, the elements ask no questions, they only demand respect: The water takes you in, the wind hits your face and your hair, and then generously pulls the mainsail when it finally catches it. We were two kids, incredibly vulnerable to the harshness of the world, but emboldened by our strength and determination. If we had conquered this, we could conquer anything we dreamed of. 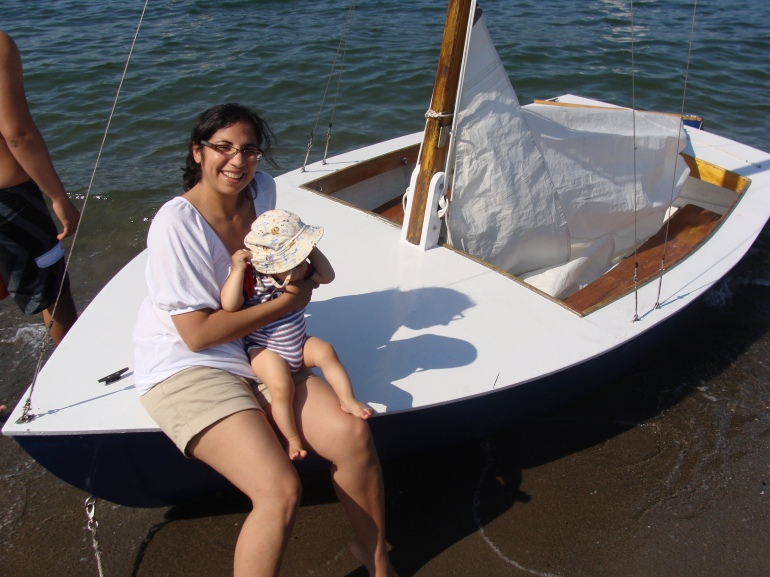 3 thoughts on “Lessons from the Past”